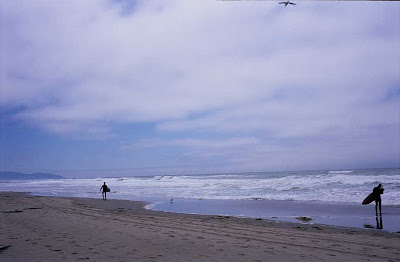 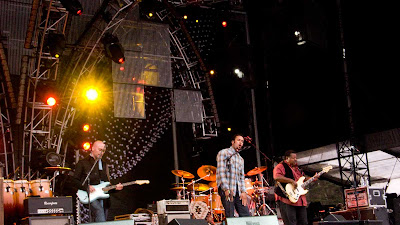 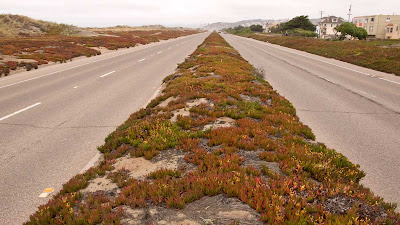 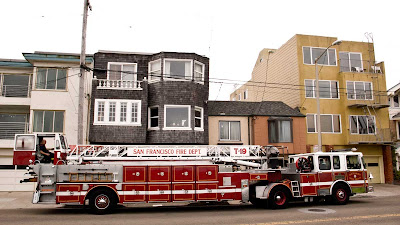 Went up to the Bay Area for the Outside Lands Music Festival and stayed right at the beach with my buddy Nathen. Love that place man, I feel at home amongst the eclectic steep hillside surfing community of Ocean Beach. On the edge of the city there is a different vibe, it's a bit more mellow. So, I had a great time, got to see Radiohead with their thousands of fans and mind altering light show, Ben Harper, one of my all time faves, The Black Keys who absolutely tore it up, Tom Petty which was just classic, Steve Winwood who is another classic all around great musician, Rodrigo and Gabriella make you have to get up and move around, and finally Jack Johnson to soothe the weary crowd after a long three days. Too many acts to see, but I did my best. Also, surfed a bit and even bumped into shaper Danny Hess who let me try one of his keel fin fishes, and I had a blast on it in sloppy but fun 3-4 foot surf. Danny also enlightened me about fins after I told him I had one of his boards and he told me that the shop had given me the wrong fins. He sold me a pair of his own magic fins and they truly are somewhat magical, they are bamboo fins made by Marlon Bacon of 101 fin Co. and they totally changed the way my board feels, much faster and lighter.
I really did not want to leave this time, that city by the bay always sucks me in, and next time I might not be able to evade her powerful forces. Until then I'll keep dreaming about a place where I can look out my window to check the surf, ride a bike to a world class gallery, and eat healthy amazing food right down the street.
Posted by anthonybphoto@gmail.com at 12:46 PM