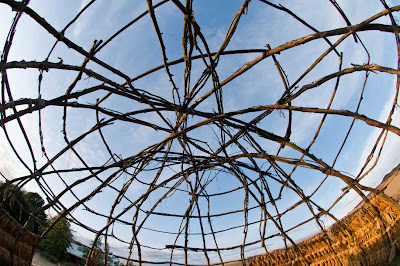 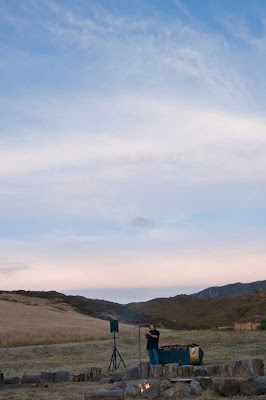 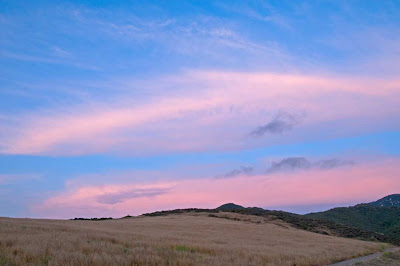 Last night I went over to the Satwiwa Native American Indian Culture Center in Newburry Park to check out Eric "Medicine Wind" Alvarado play his flute and talk story, and it was a truly powerful performance. He told stories of his Hopi ancestry and of the origins of some of his songs while playing his many flutes out amongst an ultra blue sky. He also spoke of the inter-connectedness of all beings, which I have always believed in and is why I started the Birdman Tribe, and he spoke of the dire need for peace today. As the sun set he continued to play and it was as if he was communicating with the natural forces all around us; birds chirped along with him, an owl soared gracefully around us, a young girl spotted a bright blue-orange shooting star, and the clouds whirled around majestic Boney Mountain in the background. I'm really glad that I chose to go and I will be attending the next few programs that the Satwiwia cultural center puts on throughout the summer. For more information and schedule go to the Santa Monica Mountains National Recreation Area's website.
Posted by anthonybphoto@gmail.com at 2:32 PM