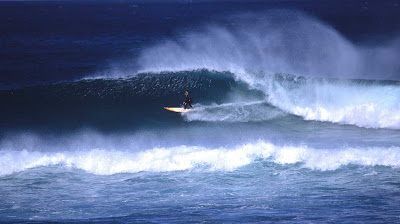 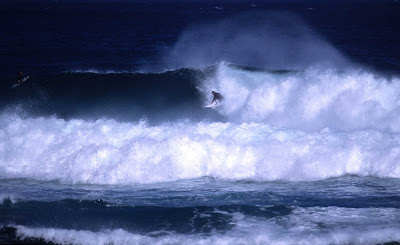 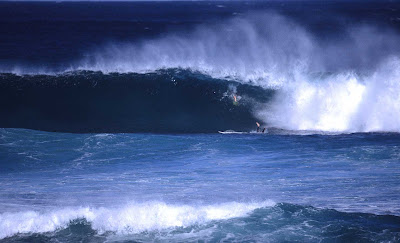 Some pics from my trip to West Australia with Glen Kennedy back in May of 07. This wave is real close to Glen's house and it was the first spot I surfed when I got into to his little town. It was windblown and all over the place and it looked sort of mushy, but the water was turquoise and the sand was warm. It was late and getting dark and we were the only ones around. My first wave I got slammed back down with force and I realized that this wave was going to take a little time to figure out. With everybody the whole way over talking and asking me how I felt about the sharks and the recent attack I couldn't help but think of them out there swimming around looking for a late afternoon bite. I thought I saw dark shadows racing across a wave face, I got scared but Glen didn't look affected, which I found out he never does even in some pretty heavy conditions.

This wave is a local favorite and when it was on they were there siting deeper than me and pulling in under the lip. This day they were getting some big blue wedges. Top image is of female standout Bec who is known for surfing big heavy tubular waves (your only choice if you live where she does) . Middle is of the one local who quietly rode his Brewer and waited for the best ones, a super nice and mellow guy.

I never really got that wave wired partly because of the heaviness but I plan on going back soon and I still have my 6'8" Bonzer pintail that worked oh so well in the powerful surf of WA.
Posted by anthonybphoto@gmail.com at 4:27 PM