Wild and Scenic: The Kings River 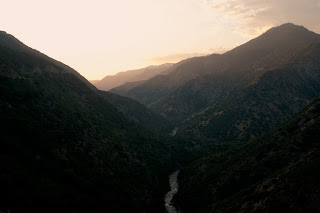 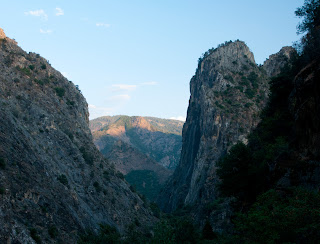 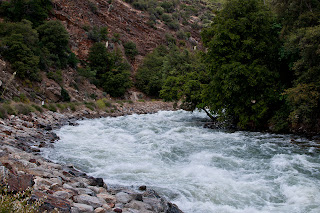 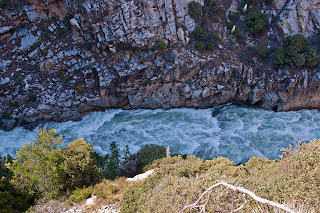 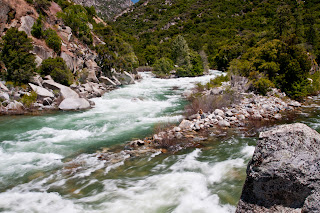 The Kings River was designated a wild and scenic river in 1987 and 81 miles of the river falls under the protection. The river has carved one of the deepest canyons in the world and shoots through some epic scenery. From pristine high alpine lakes to sharp and steep rocky canyons the river eventually hits Pine Flat Reservoir and Dam before being divided up and sent down to the massive agricultural landscape below.

The history behind the dam construction is a very interesting one and it actually played a part in the creation of Kings Canyon National Park. The dam's role was such that if Central Valley farmers got their water they would approve a National Park. There's a whole lot more to the story of course, and if one would like to know more about this, you may want to head to an unlikely source. The story of an infamous San Joaquin Valley mega farmer reveals a little about this topic. The King of California: J. G. Boswell and the Making of a Secret American Empire by Mark Arax and Rick Wartzman sheds some light on the water battles of the mid 1900's that in some ways helped to create the park. However, the book mainly focuses on the life of the infamous Boswell who as a pioneer in factory farming becomes a super wealthy Agri Giant and in the process environmentally ravages the land he worked and owned. For the rest of the story on Sequoia and Kings Canyon one would have to go to Bill Tweeds Challenge of the Big Trees: A Resource History of Sequoia and Kings Canyon National Parks.

This year the Kings was raging throughout the entire summer due to the heavy snow pack in the Sierra's. All of the images except one were taken this past summer at different times from May through September.

Posted by anthonybphoto@gmail.com at 5:21 PM