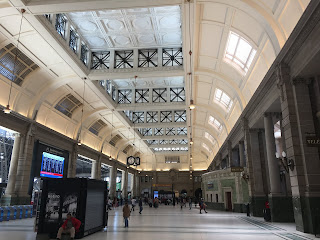 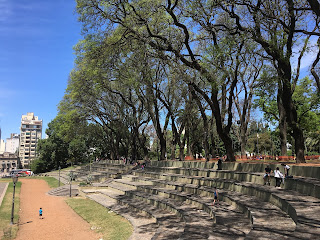 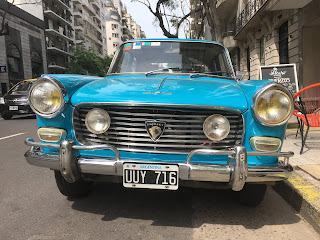 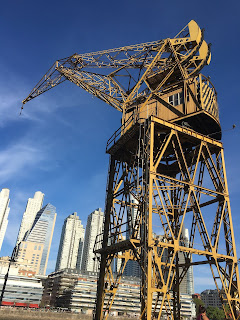 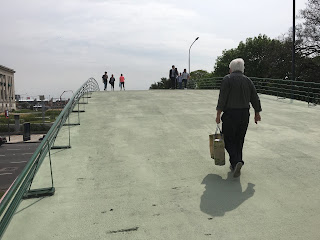 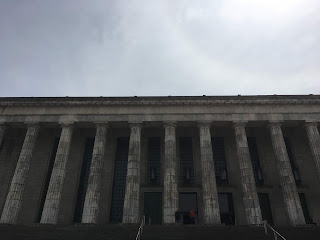 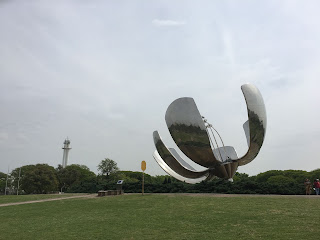 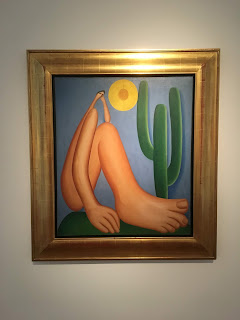 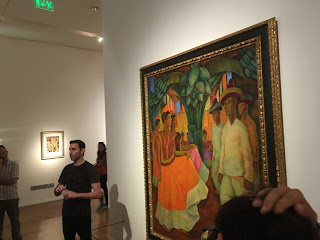 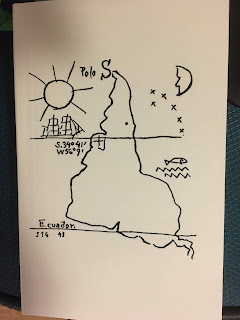 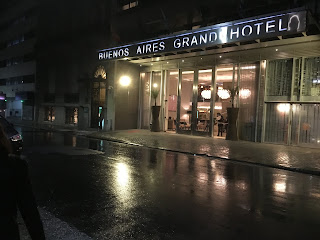 Being in South America allows me to finally visit many places that have lingered in my minds' wild imagination for years. Probably the city most visualized in my head, and most talked about, as well as most well known in this part of the world, is Buenos Aires. Argentina's capital and once all powerful center of the country's domination of the South American economy. Unlike Chile and other South American countries, Argentina was built upon the great wealth of that country in the late 19th and early 20th century, it's Belle Epoque, and its city center retains a grand elegance. Although it lingers under the cloud of the country's deep economic troubles of recent times, the grand city still exhumes a classic beauty and the people retain their elegance and pride. After all those years about hearing about brass Argentinians who look more towards Europe than South America, with a dialect and flair all their own that many seem to take as snobbish, I now have a deeper understanding and respect for the country and its people. They truly do live in a unique place in a unique way, and when one walks around the city one thinks more of Madrid than Santiago.

I had just under a week to roam around the city as well get out to the edge and take a one day excursion by train to Tigre where we took the typical boat along tour along the river and vast delta. The river tour proved extremely valuable in understanding the geography and the water world of Buenos Aires. A city on the mouth of a vast delta emptying into the sea, with Uruguay and Montevideo just a short ferry ride away. Back in the city I knew that I had lots of art to see, being that BA is home to one of the best museums in Latin America,  Museo de Arte Latinoamericano de Buenos Aires, or simply MALBA. I made sure to make a full day of visiting the institution and fortunately I hit the museum at a pertinent time for a student of all things Latin America. The main exposition being shown was Latin American Art 1900-1970. The show, still up today, highlights the work of prominent LA artists during a time of monumental works from some of the biggest, such as Rivera, Khalo, Siqueros and many more. On display is also one of Brazil's most treasured works, Abaporu by Tarsila do Amaral, the work of the Brazilian modernist that seems to exemplify a sense of that country in such a powerful and yet understated way. I had wanted to see this one especially, after learning that it is a bit of a thorn in the side of Brazil, the fact that Argentina owns this treasured piece. The show also made clear that the reason for an end to the era of this time in art in Latin America (1970) was marked clearly by the rise of the dictatorships in South America. The same dictatorships that aimed to snuff out any art that even hinted at anything revolutionary or counter to the dominant military culture.

I spent a good deal of the time walking around the city and there are many parks and open spaces that made the place easy to like and move around in. Great large parks are spread about all across parts of the city, at least where I was staying in Recoleta. As well kept and easy as it was to appreciate that part of the city, with all the parks and museums and good restaurants, I couldn't not think about all the news of the declining economy, and I couldn't help but to think of a documentary film I saw in Downtown Los Angeles one night at a non-profits' center whose name I cannot recall at the moment. The film titled, The Take and created by none other than Naomi Klein and her husband, showed how working class Argentinians were loosing their jobs due to government mismanagement, corruption, and globalization, but also how resilient groups of workers were fighting back and bringing to life shuttered factories. A powerful documentary film and a poignant story of a time that seems to drag on for many in that country. An Uber driver told us that his water and electric bills jumped up to 10x of what they were in the past.

A classic city going through some rough modern times, I hope that somehow the Argentinians find a way to regain some of their economic power and that the rest of the world sees to it that these types of things don't continue to happen and make things even more difficult on the working folks.
Posted by anthonybphoto@gmail.com at 1:52 PM