Art is Everywhere in São Paulo 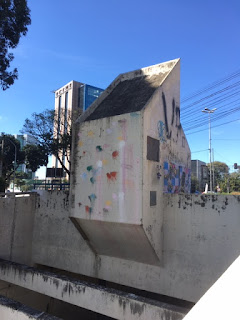 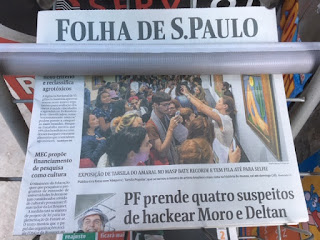 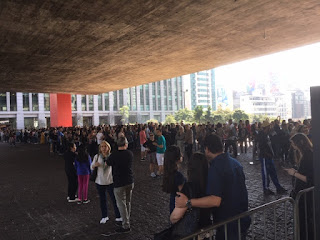 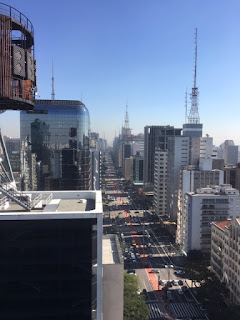 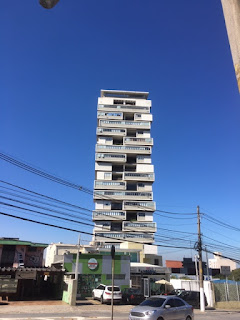 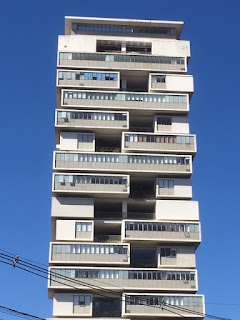 Walking around my new city of São Paulo I find art everywhere. The architecture, the graffiti, the people, the way the city is organized, and the actual "art" found in the many cultural institutions spread throughout the city.

Pictured above is some of that art recently encountered on my many walks taken on my way to work or just for pleasure. There is some street art encountered while walking to a gallery in Morumbi. The front page of the Folha de São Paulo describing how the exhibition of one of Brazil's most cherished native painters, Tarsila do Amaral, is drawing record crowds to the MASP, and an actual image of those crowds gathering for that show before it soon closes. Also, an overview shot of the Avenida Paulista (where most of the best cultural institutions are located in SP) taken from the mirador at the SESC Paulista, which is now displaying a very cool show focused on one of the mos famous projects of the most famous Brazilian photographer Sebastião Salgado. A post to come on that soon following this one.

And a very cool building, called 360 degrees (Edificio Trezentos Sesenta Graus), near my home that was designed and built by architect Isay Weinfeld.
Posted by anthonybphoto@gmail.com at 8:44 AM